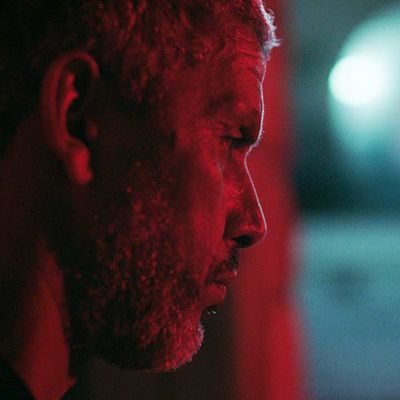 I saw A Son at a preview back in March. It was scheduled to start its season a week or two later, but Covid and the world intervened.

Nine months later, without having had the chance to watch A Son again, I still feel as though I can remember every moment of it.

We are in 2011, just months after the Arab Spring that swept through the Middle East and northern Africa. A prosperous young family are enjoying an overdue holiday in the ruggedly beautiful Tataouine region of Tunisia. Fares and Meriam (Sami Bouajila and Najla Ben Abdallah) and their 11-year-old son Aziz (Youssef Khemari) are travelling across the bleached vastness of the desert when a siren wails and a single bullet shatters a window. Aziz has been hit, and in a moment transformed from a happy child singing along with his dad to the music on the car radio, to a slumped, broken figure, clearly on the verge of death.

The family race to the nearest hospital, where the surgeon urgently removes the damaged part of Aziz's liver and stabilises his condition as well as he is can. But the boy will need an urgent transplant if he is to survive more than a few days.

And here, writer and debutant director Mehdi Barsaoui tightens the screws almost unbearably. Both parents take blood tests to assess their suitability as a donor. Fares' test shows that not only is he a different blood type to Aziz, but that he is also not the boy's biological father. Under Tunisian law, only the father of a child can give permission for a transplant to take place.

From this point on, A Son becomes a film of actions and consequences. Even as Fares rages against Meriam and her presumed infidelity, he is revisiting his own. And while he fights and flails for any way to save Aziz's life, he starts to contemplate actions that might rob another parent of their child. Meanwhile, Meriam starts a desperate search to find and contact the co-worker she slept with once, while she and Fares were briefly separated 12 years ago, who she has barely thought about since.

A Son is an astonishing, testing and honest film. The screenplay is firing off rockets at the hypocrisy and insanity of allowing religious fundamentalists any influence at all on decisions that might save a life. But while Barsaoui is interrogating these universal concerns and examining issues that affect entire populations, the film's gaze never leaves the tightly packed human drama at its heart.

Knowing when to stay quiet and let the white spaces on the page tell the story is a mark of mature, confident and capable film-maker. Barsaoui was an editor before he was a director. It shows in his total control of the ebbs and flows of the narrative and the deftness with which he lays out his story. Several key scenes are played out off-camera, behind closed doors, leaving us to see only the aftermath of yet another twist, another revelation.

There is nothing on screen that does not drive the film forward, but A Son is still laid out with all its paradoxes, dilemmas, complexities and contradictions intact and clearly visible. This is film-making of gorgeous economy and profound integrity.

A Son is one of the films of the year. I am very happy I'll finally get to see it again.

A Son is in select NZ cinemas from 12 November!