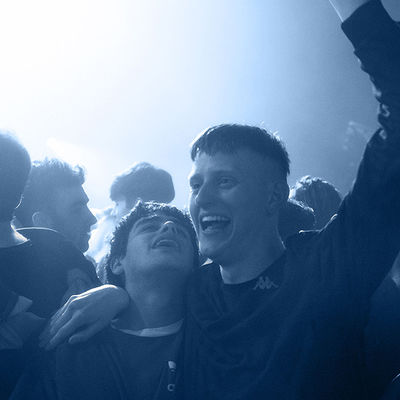 There are about as many good clubbing movies as there are brain cells left in the average middle-aged raver’s head. Human Traffic, sure, and a few scattered scenes in Trainspotting, the Berlin-set Victoria and the recent French drama BPM. Those aside, cinema has struggled to capture the urgency, euphoria and occasional terror of the dance music world.

Hands in the air, then, for Beats, a comedy-drama set in 1994 in Glasgow that does all those things and more. Directed by Brian Welsh, it’s a tale of two teenagers who are poised at the edge of the illegal rave scene, but haven’t yet taken the plunge. Johno, played by Cristian Ortega, wears an air of doleful bamboozlement, even when he’s not on drugs. His best mate is Spanner, portrayed with manic waywardness by Lorn Macdonald (Shetland).

Spanner, who lives with his thuggish big brother, has been earmarked as A Very Bad Influence by Johno’s mum and stepdad, a policeman who wants to move the family to a Barratt home in the suburbs. It’s Spanner’s enthusiasm, though, that helps him and Johno to negotiate the hurdles between them and rave nirvana. The film is great at evoking the mystique and exclusivity of the free party scene.

First they need a gatekeeper. In this case it’s a DJ/crusty demagogue called D-Man (real name Derek), who says such things as: “They wanna privatise our minds.” The lads worship him, obviously. They must then wait for a tip-off from D-Man on his pirate radio show, meet at the designated motorway junction and call a secret number for a precise location, all the while staying one step ahead of the police.

Beats is shot in black and white, which gives it the stark air of La Haine, that seminal portrait of 1990s French youth. Welsh’s film is less stylish, but funnier. I loved the scene in which Spanner encourages the diffident Johno, a shelf-stacker at a supermarket, to stand up to his boss. “Tell him, ‘You’re a massive bellend and I don’t respect your authority,’ ” Spanner says. Johno replies that he’d be sure to muck it up and say, “You’re an authoritarian and I respect your massive bellend.”

The period’s sense of lawlessness was heightened by many of the parties being actually against the law, or about to be. Aghast at the excesses of the Castlemorton rave of 1992, John Major’s government had introduced the Criminal Justice Bill, which sought to ban gatherings involving music that was “wholly or predominantly characterised by the emission of a succession of repetitive beats”. The rave scene was demonised by both ends of the political spectrum — we see TV clips of Tony Blair, the new leader of the opposition, railing against “drugs, high unemployment, urban squalor”.

All that condemnation gave a sense of righteousness to what was basically hedonism, and it does much the same here. The dancefloor scene is brilliantly handled. Strangers loom out of the darkness, strobes freeze a night into fragments, and a combination of Ecstasy and Inner City’s Big Fun melts Johno and friends into a sweaty, non-sexual tangle. The sequence is only spoilt by a flurry of fractals and a brief switch, à la Wizard of Oz, from black and white to colour. It feels clichéd, a rare misstep.

The excellent soundtrack, curated by JD Twitch, the respected Glasgow DJ, includes fabulous tunes by LFO, Leftfield, Orbital, the Prodigy and Joey Beltram. The script, adapted by Welsh and Kieran Hurley from Hurley’s play, is especially good on the preciousness and subjectivity of cultural experience. “The rave thing has already been done,” Spanner’s brother sneers. “Who cares,” says Spanner, “it’s not been done by us.”