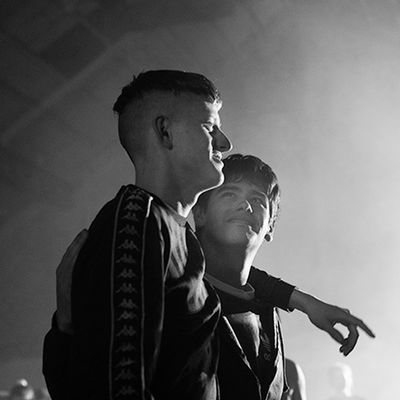 By 1994, the UK rave scene was pretty much a fag-end of its former self.

The 1988/89 Summer of Love had been and gone a long time before. But, as young Johnno says to his best and only friend Spanner, early in Beats, "Just because it's all been done, doesn't mean it's been done by us".

Johnno and Spanner are kids – recent school leavers – living in a run-down estate in an unnamed satellite town near Edinburgh.

Johnno's Mum has acquired a new bloke in her life, who seems decent enough at first, but he's trying way too hard to step into a Dad role and set down "the rules"to his would-be stepson.

Spanner meanwhile, is living in a hell not really of his own making. Spanner is a sensitive boy hiding behind the mask of a tough kid whenever he's out on the town. At home, Spanner's psychopathic big brother is running a petty crime and drug ring from the kitchen table, while ritually humiliating Spanner whenever he feels the need to impress his toxic mates.

The boys get wind of one, last, illegal warehouse rave, at an un-named location, from their local pirate radio station. And, as you would, given the circumstances, they resolve to get their by any means necessary. Even if that does mean Spanner stealing his brother's cash to finance the trip.

Put like that, Beats is hewing to very old boiler plate. It's the one about that last-chance-to-be-a-teenager before adulthood folds you in its clammy and compromised embrace, set to an iconic soundtrack.

It's a sturdy chassis that has supported everything from American Graffiti to Pump Up The Volume and a thousand films – great and terrible – in between.

Beats obeys the rules, but triumphs over the occasional predictability of its arcs with a couple of outstanding performances, some uncommonly sharp and economical dialogue (occasionally so regionally authentic that I truly couldn't understand a word of it. Don't worry, you'll get the gist.) and an absolutely storming selection of tunes, as curated by the mighty JD Twitch of Optimo.

As Johnno and Spanner, Cristian Ortega and Lorn Macdonald are engaging, charismatic and basically perfectly cast. Macdonald especially, probably isn't going to be able to avoid breaking out on the back of his work here.

Beats is a simple structure, loaded with detail, dialogue and situations that only a writer who lived it could have conjured up.

Bravo. Go and see it. And tell your friendly local cinema manager to turn the volume all the way up. It'll be worth it.