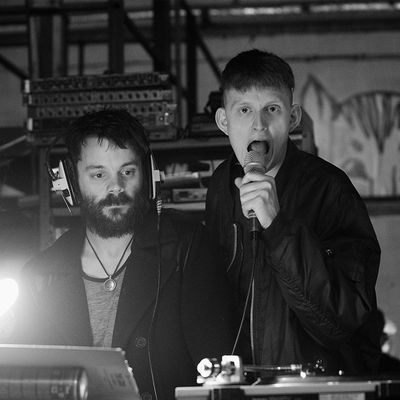 Spanner (Lorn Macdonald) is a lanky Glasgow teenager with jug ears and a shaven skull with a fringe on top. He looks like an escapee from Trainspotting.

There’s something cartoonish about him. He could also be a character from The Simpsons, sparked into life by the hyperactive force of his personality.

Fifteen year-old Johnno (Cristian Ortega), a boy with large, sad eyes and a perpetual frown, is his best friend – despite his better judgment. Johnno spends much of his time in a funk, dreading the prospect of Spanner coming up with yet another bright idea.

These two first came to light in a play by Scottish writer Keiran Hurley. Director Brian Welsh saw it and related to it because it took him back to his own years as a Glasgow adolescent hooked on techno music and the raves that were part of the city’s nocturnal scene until the law stepped in.

The film is set in 1994, the year of the quaintly worded Criminal Justice and Public Order Bill outlawing music involving “the emission of a succession of repetitive beats”.

This is disastrous news for Spanner and Johnno whose passion for head-banging techno is the first thing we learn about them. In the first scene Spanner, wearing nothing but his underpants, is performing a manic jig in his bedroom when his big brother Fido (Neil Leipen) bursts in, turns off the track and bundles him out of their flat. He does take the trouble to throw his clothes after him – an act of extreme thoughtfulness according to Fido’s code of behaviour. He’s an inventive bully with a flourishing career as a drug dealer and an entourage of like-minded thugs. And he’s Spanner’s only family.

These connections have caused Johnno’s mother, Alison (Laura Fraser) to ban Spanner from their house. She’s taken up with Robert (Brian Ferguson), a policeman fond of making tendentious speeches about family values and he and Alison are planning to remove Johnno from Spanner’s influence by taking him to live in a more salubrious neighbourhood.

The film was shot in black-and-white because Welsh wanted to give it the nostalgic appeal of an old photograph album. I’m not sure about that but its monochromatic softness holds plenty of light, bestowing a grimy beauty on the abandoned buildings and rundown streets that make up the boys’ world.

One of these abandoned buildings houses a pirate radio station run by D-Man (Ross Mann), a disc jockey set on fomenting an act of rebellion against the new Bill. His listeners are being urged to flout the law by coming to a rave at a secret location on the outskirts of town and Spanner wastes no time in tracking D-Man down and persuading Johnno to go along with them.

Welsh has rather more in mind than a nostalgia trip. Drug-taking inevitably shapes the boys’ chaotic night out in the company of D-Man and his equally mindless groupies – so much so that Johnno spends much of the excursion hovering on the verge of a panic attack. And Spanner, too, comes close to losing his nerve as the plot begins to take on the elements of a thriller. If the police don’t get them, there’s a strong chance that Fido and his heavies will.

Welsh puts a lot of energy – plus hundreds of extras – into re-creating the atmosphere of mass delirium that envelopes the crowd. The effects are kaleidoscopic, the rhythm unrelenting. It’s a weirdly primitive tribal rite of passage followed by a sobering return to reality the next morning. But to these kids, it means freedom.

There are echoes of 24 Hour Party People, Michael Winterbottom’s film about the Manchester rave scene of the 1980s and ’90s told from the performers’ and promoters’ view. This, in contrast, is about the kids who used the music and its beat as an escape valve.

Welsh’s best trick is to make you care about them. By the end of it all, the feckless Spanner has become loveable because you have been made to realise how much Johnno matters to him. Welsh has delivered a compelling snapshot of an era and captured a moment in life when friendship is at its most sustaining.