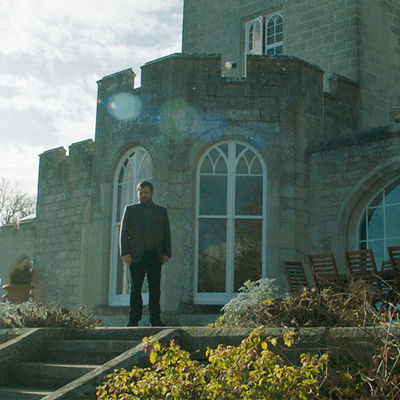 Colin Burstead (Neil Maskell) thought a New Year's celebration in the country would help bring his family together – instead it threatens to tear them even further apart.

For a start, no-one is particularly happy about the lengthy drive to Dorset. Then, within seconds of their arrival at the country manor, his mother Sandy (Doon Mackichan) trips over and seems destined to spend the entire time in a wheelchair.

To make matters worse, Colin's father Gordon (Bill Paterson) starts begging him for a loan, while the promised sound system has failed to materialise. Then comes the kicker, sister Gini (Hayley Squires) has secretly invited their estranged brother David (Sam Riley) to the festivities. Claiming it's a surprise for their mother, it's a move Gini almost instantly regrets. None of them have seen David for five years, since he left his children and their mother (who will also be in attendance). There's also the business debt his father still owes him.

And, if that wasn't making things tense enough, Colin's wife Val (Sura Dohnke) has just discovered that the waitress for the weekend is a woman Colin used to date at school.

What may sound like a traditional British family dramedy or cringe comedy on the surface is actually more than a touch cleverer than that.

Sure there's none of the graphic horrors and nightmarish pastries of Will's original tragedy, but there are certainly some verbal eviscerations and plenty of recriminations and regrets that play out as the Bursteads' time together unfolds.

The ensemble cast, that also includes Games of Thrones' Charles Dance as a cross-dressing uncle and Taskmaster alumni Asim Chaudry as a family friend intent on shocking everyone, tackle Wheatley's memorable dialogue with aplomb, while also selling the increasingly chaotic scenarios.

Some may find it a little too stagey, others won't appreciate the dark humour, but, during this holiday season, Happy New Year, Colin Burstead might make you thankful that your family isn't as dysfunctional as this one.