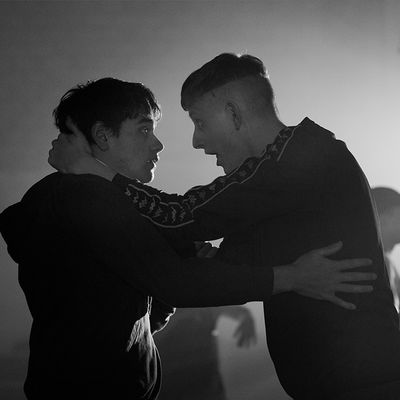 The mid-’90s are clearly having a moment. In the past few months, we’ve had Captain Marvel, with all its grunge and Fresh Prince references, Jonah Hill's skateboarding debut Mid90s, and the Yorkshire-set British indie Pond Life. Hot on their heels and full of pills comes Brian Welsh’s Beats, which is actually set during the exact same summer as Pond Life and uses many of the same news clips of PM-to-be Tony Blair on the campaign trail, promising a bright new era of post-Tory hope and prosperity. It is an era ripe with nostalgia, already a quarter-century behind us and clearly fading too fast for some filmmakers’ tastes.

Welsh recreates ’94 with heartfelt, warts-and-all affection, focusing on the much-maligned rave scene, at the time considered such a threat it was legislated against via the Criminal Justice Act, which infamously (and insanely) singled out music with “repetitive beats”. Somehow, partying became politicised.

There is certainly an angry, anti-establishment ‘one final blow-out’ vibe to Welsh’s film, adapted from a play by Kieran Hurley, who co-writes with Welsh. But for its young protagonists, a pair of teen pals from different sides of the metaphorical tracks, this suddenly verboten scene is one they’ve only just grown old enough to join.

To nervy, shy shelf-stacker Johnno (Cristian Ortega) and his sweetly energetic but supposedly no-good best friend Spanner (Lorn Macdonald), it’s not just the scene that’s ending. It’s their friendship, too, with Johnno’s family all set to move away from Spanner’s run-down Glasgow neighbourhood. So while the pair’s mostly light-hearted quest to get in on the free party/protest action represents a joint coming-of-age caper, it is also tinged with the melancholic realisation that it’s as much an ending as it is a beginning.

There are some dramatic twists and turns, too, at points laid on a little too thickly by Welsh and Hurley: Spanner’s criminal, Begbie-ish older brother is after them for filching his cash stash, while Johnno’s mum’s boyfriend is one of the coppers tasked with shutting the party down, with riot shields and truncheons that give the title a rather obvious double meaning.

But for the most part, this is an affecting, day-and-night-in-the-life portrayal of a friendship, given warmth and bittersweet depth by Ortega and Macdonald in a pair of natural, fresh performances. Welsh, meanwhile, showcases an impressive visual talent, particularly during the heady rave scene, where his mostly black-and-white world is allowed to bloom with kaleidoscopic colour as the revellers hit their time-and-space-transcending dancefloor peak. Combined with a savvy soundtrack selection which takes in the likes of Leftfield, Inner City, Orbital, Joey Beltram and The Prodigy, it is enough to make you wish those ’90s beats had never stopped repeating.