GOD OF THE PIANO - Review 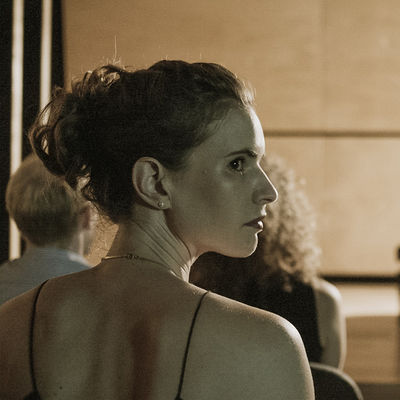 Anat is a young woman who will let nothing get in her way, least of all accidents of nature, in this tightly-scripted and quietly chilling first feature from Israeli director Itay Tal. Prepare to be shaken and stirred.

Clearly, it brings to mind the sort of mothers who are too focused on ambition and achievement to care about the real well-being of their family and dependents, as long as everything goes successfully and according to plan. And sadly these characters often come from high-performing backgrounds, and such is the case with concert pianist Anat (a superbly slick Naama Pries), whose waters break while she’s performing on stage. She carries on oblivious to the end of the piece; the liquid slowly pooling round her feet. But when she discovers her chortling baby has hearing difficulties, she takes a more sinister step of swapping him over with another child in the hospital birthing room.

These control freaks are not new to cinema. There have been recent examples such as Calin Peter Netzer’s Golden Bear winner Child’s Pose (2013) where a mother does her utmost to change even the course of law for her son. Michael Haneke’s The Piano Teacher (2016) also reworks this thorny theme with the same cold visual aesthetic and unlikeable central character. In fact, all the characters in Tal’s film are unpleasant cyphers whose means to an end makes them frighteningly real in these success-focused times.

Anat’s family are all accomplished musicians including her new son Idam, who plays like a professional pianist from the early scenes despite his lack of genetic connection with the rest of them. Her sole focus is Idam’s career in music and, he becomes her job and her personal focus as he starts to compose and perform. Even sex with her husband goes out of the window, as she half-heartedly tries to pleasure him with her hands, he soon grows tired and becomes surly when she visits the home of a local composer (Shimon Mimran) – the only character with charisma – and ends up staying the night, just to further her son’s career with a new manuscript. Interestingly the sex seems to momentarily satisfy Anat more than anything else in her life: it’s as if she’s finally been fed after starving for years. But rather than trusting her intuition with this interesting man, she rushes off to promote her son to the next stage of his career. And when she receives a notice through the door from a local hearing-impaired centre she becomes obsessed with eradicating any further communication from them, less they rumble her, and she visits to make sure they comply. But it’s the last straw when Anat’s competitive father seethes with anger at Idam’s excellent performance of a piece he wrote at the same age. Although we cannot like Anat’s character, we start to understand her motivations and the strain she’s under to compete in this resilient and unforgiving environment. A slick and enjoyable drama and a brilliant debut from Itay Tal.

God of the Piano opens in select NZ cinemas July 9!