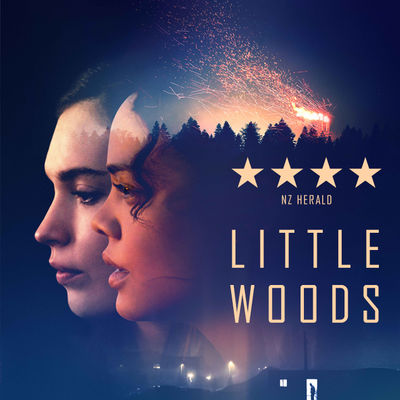 Actress Tessa Thompson has well and truly arrived. She's been on well-known projects for years (Westworld, Selma, Creed, Dear White People) but after recent appearances as Valkyrie in Thor: Ragnarok and Agent M in MIB: International she's made the jump to household name.

In this gritty indie, a must for lovers of Winter's Bone or Frozen River, Thompson shows she doesn't need the glossy special effects that dominate superhero and alien movies to get noticed.

Here, she teams up with another bright young star, Lily James, to play sisters trying to survive on the margins of society.

Director Nia DaCosta's feature debut is set in the fictional rural town of Little Woods, North Dakota. Thompson's Ollie is days away from ending her parole period after being caught trafficking pharmaceutical supplies over the border from Canada. When estranged sister Deb (James), who lives with her son in a RV in a supermarket carpark, asks for her help dealing with an unwanted pregnancy, Ollie finds herself contemplating breaking the law again support her family.

The acting is spot on. Thompson and James work brilliantly off each other, showing that sometimes our life choices are only as good as our options, and their struggle to get affordable women's health care in North Dakota.

But at its heart this is a story about family, and two sisters who have been through a lot in their short lives but realise the importance of having each other's backs.

Little Woods can be bleak, but it's a good choice if you're looking for some substance among the Hollywood blockbusters out this season.

As an aside, Nia DaCosta is a director to keep an eye out for. Jordan Peele (Us, Get Out) has taken her under his wing, and she's set to direct Peele's Candyman sequel which is expected to be released in 2020.