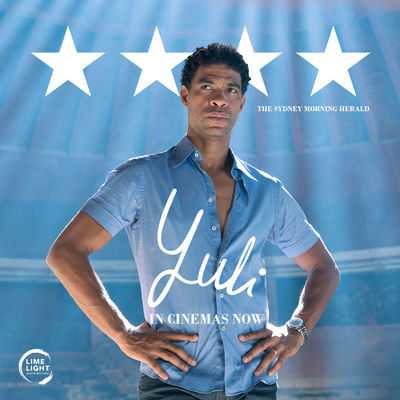 Cuban dancer Carlos Acosta’s life presents a dizzying success story. It begins in the Havana slums where 10-year-old Carlos is displaying a precocious gift for the new art of breakdancing, climaxes in London where the Royal Ballet Company anoints him as its first black Romeo, and comes to a gently upbeat conclusion back home in Havana.

It has all the makings of a perfectly formed feelgood movie but Spanish director Iciar Bollain and British screenwriter Paul Laverty – Ken Loach’s regular collaborator – have less conventional ideas in mind.

They tell part of the story in dance while closely interweaving the personal and the political. Racial prejudice and Cuba’s rocky economic history play a prominent part in a biopic that moves back and forth in time to produce a dreamily introspective profile of an international talent whose homesickness follows him everywhere.

It’s a deliberately selective version of a very large life, centring on Acosta’s early years when his loneliness is only slightly relieved by the adulation he attracts as principal dancer with the Royal Ballet and in the leading roles he’s offered by more of the world’s great companies. Whether he’s in Houston, New York or London, he’s hankering after news from home.

Unlike that other ballet prodigy Billy Elliot, the Havana slum kid playing in the street has no desire to be a dancer. Dance, he thinks, is for "faggots". He wants to be the next Pele.

But his father, Pedro (Santiago Alfonso), a truck driver, thinks otherwise. A tough, hot-tempered character, he certainly doesn’t lack machismo but he’s also blessed with a respect for the transformative powers of art and he’s certain dance will be his son’s passport out of the slums.

Yuli, as his father calls him, takes a lot of convincing. He rebels, plays truant and eventually runs away. Yet Pedro and a group of enlightened teachers maintain their faith in him and gradually he comes round - in spite of increasing turmoil at home.

Much of this is told in flashback as Acosta, playing himself, directs rehearsals for a dance production based on his life in Cuba. It’s a meditative trip between past and present that stops at the point where his career is really taking off.

He eventually chose Britain as his base, marrying an English woman and making his home in Somerset, but Laverty’s script doesn’t take us that far. It’s the dancer’s unbreakable bond with Cuba that preoccupies him. And Iciar clearly feels the same. The stage sequences were shot in Havana with some of the young dancers from the company Acosta has set up there and his love for the city, coloured by layers of memory and heritage, infuses every frame.